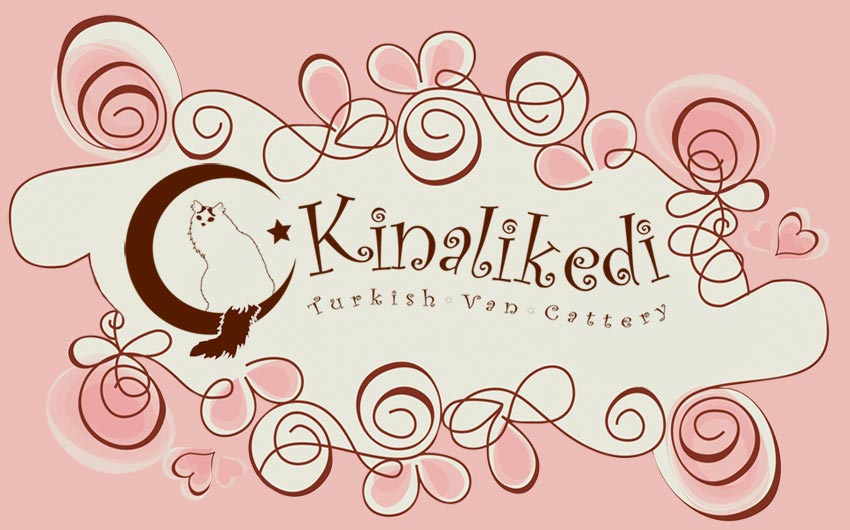 I’m Sayuri Takano, born in Japan and living in Europe for more than 30 years.

I can call myself Turkish Van addict. I love them more than anything else.

Kinalikedi is an amature cattery based in Rome, Italy.

Kinalikedi means cats with “henne” in Turkish, exactly like Turkish Vans with coloued marking on their head and tail.

Everything has started when I was living in London as a student many years ago.

Yes, he was the first Turkish Van I’ve ever seen and needless to say it was a kind of  love at first sight.

Mustafa and I’ve been shared a life for 3 years. In the meanwhile, another Turkish Van youngster, Arif, has joined to the family.

It was such a fun!

When I have to move in Milan some years later for my job, I decided to own  my own Turkish Vans.

As soon as I found a flat, I called some breeders in UK to seek the kittens.

With a help of my host family, fortunately, soon I became an overwhelmed owner of a couple of Turkish Van.

A boy was Wolfy aka Chantrymere Sultan and  a girl was Stanzy aka Akdamar Aziz Taz.

Then I moved to Rome with them and they had a couple of beautiful litters and I enjoyed a lot to take care of them.

Time passed so quickly and those kitties were getting old even if they seemed eternal children.

Soon after Stanzy’s 19th birthday, I found she was affected terminal kidney failure.

We had very intense months and I’ve never left her alone, but time has come and she flied over the rainbow bridge.

Then as if Wolfy wanted to follow her, he let himself go just a couple of month later.

It was the darkest period of my life and I was concious I could not live without them.

Finally I could find a boy I was looking for.

Thanks to his breeder, I made up my mind to start breeding seriously this incredible and unique breed “Turkish Van”.

To guarantee their happy life, health and wellness became my priority.

I’m still curious about everything concerns cats well being and want to learn as much as possible.

I think breeding is a serious thing and must be responsible.

Even if I’m not very keen on showing my kitties at the cat shows, I traveled with them all around Europe in order to promote still unknown but very special cats.

I must admit it was also very satisfying my kitties were prized numerous times in the shows.

I’m so glad people started to know about Turkish Van and some of them became the owner of my kittens.

I feel lucky to have met all the lovely people taking care of my kitties.

Cattery can receive the visitors with an appointment in advance.

I will tell you everything about Turkish Van.

I’m sure Turkish Van will colour your life!

Sono membro di/I’m a member of 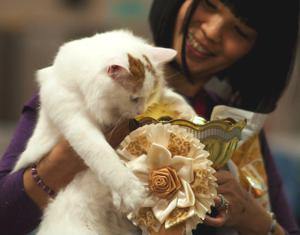 Totally in love with Turkish Van since 1987. Wellness and health of my kitties are priority of my life.